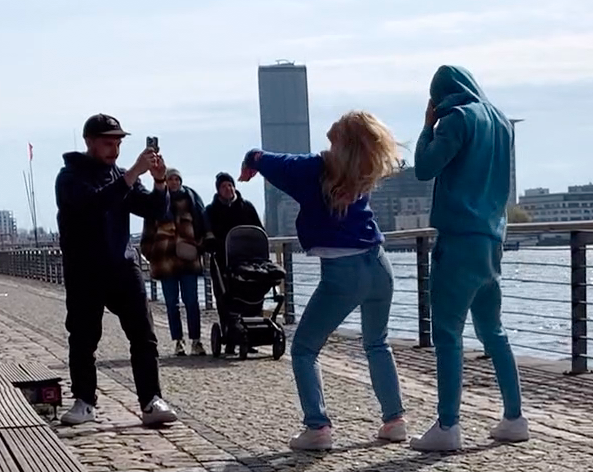 Dries Depoorter’s “The Follower” project combines AI, open access cameras, and influencers to show behind the scenes of viral shots—without them knowing, what we at Instacurity would call ‘Influencers in the Wild.’

If you’ve ever had to walk through an elaborate photo shoot set up by someone trying to find the right peace sign to throw up in front of a Times Square billboard, a new project using open access cameras and Instagram influencers will seem too real, according to a report from Vice.com.

Dries Depoorter, the Belgium-based public speaker and artist behind the Die With Me chat app experiment, launched his latest project, The Follower, combining open access cameras and Instagram influencers.

Depoorter recorded weeks of footage from open access cameras, which observe public spaces, and which frequently have livestreams available online for anyone to access, that were trained on famous landmarks, including the Temple Bar in Dublin, Times Square, and the big sign at the entrance of Wrigley Field.

“The idea popped in my head when I watched an open camera and someone was taking pictures for like 30 minutes,” Depoorter told me in an email. He wondered if he’d be able to find that person on Instagram.

After collecting the recordings, Depoorter trained software to scan through the footage and find influencers with more than 100,000 followers, and match them with the photo they took in front of the landmark, according to a video launched for the project’s first results.