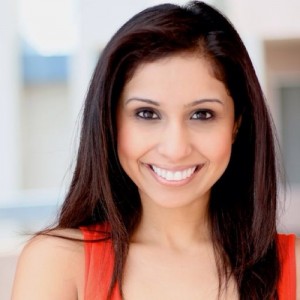 Samia Khan is an Internet persona whose neurotic personality serves as the basis for much of what #instacurity makes fun of. A content creator and storyteller (whether it be writing or performing, news or entertainment, scripted or non-scripted), the USC grad can typically be found…on her cell phone (though she’s embarrassed to admit that she still rocks a “4”),  trying to come up with clever tweets and captions for her Instagram photos (PS you can follow her at @SamiaKhan…and yes, she’s fully aware that this is a shameless plug.)

Some career highlights include covering Arnold Schwarzenegger’s victory party as a reporter at USC, interviewing everyone from Kanye to Kobe at TV Guide Network, covering the Winter Olympics for Samsung as a content creator, and knowing she had “made it” when a local Indian restaurant gave her a discount on her bill…just because she was THE Samia Khan (a girl they had watched on TV.)