No, this update has nothing to do with the catchy dance tune by Pitbull and Chris Brown (though we’re thinking they’re both mega #instacurity sufferers. Because well, as the saying goes, “The more followers you have, the worse it gets.”)

Rather, thanks in large part to the both the Mashable and TIME articles, it seems like press outlets around the world have picked up on the #instacurity movement!

From Thailand to Bulgaria to Canada, below are some highlights of the international press we’ve received.

We were absolutely honored to featured on this morning show, being mentioned  immediately after they talked about the Breaking Bad finale (meaning we’re ALMOST as important as #BreakingBad…that’s a pretty big deal, yeah?) Click on this link to watch the video mention from :50 – 1:45.) We’re hoping all you Canadians enjoyed learning about #instacurity, while sippin’ on your Tim Horton’s coffee and munching down on TimBits. 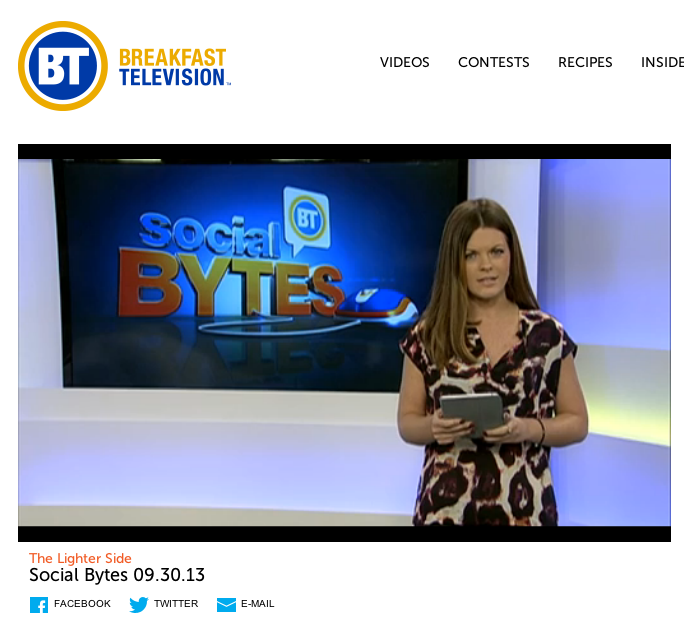 Thailand is #Instacurity Co-Founder Samia’s favorite country that she’s visited thus far in her lifetime, so she personally was thrilled to discover that #instacurity was featured by their leading newspaper, Thai Rath (estimated circulation? A million copies daily.) Feel free to visit their website and Google translate the article into English; it’s quite entertaining (mostly because it barely makes sense once translated.) 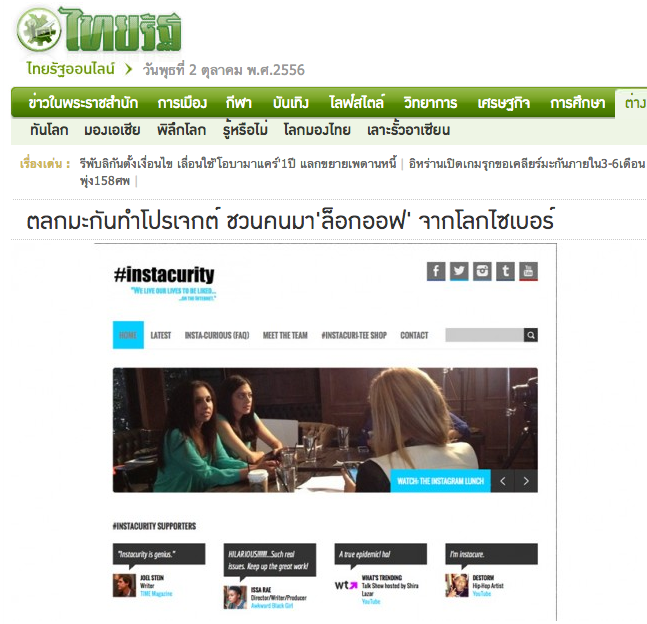 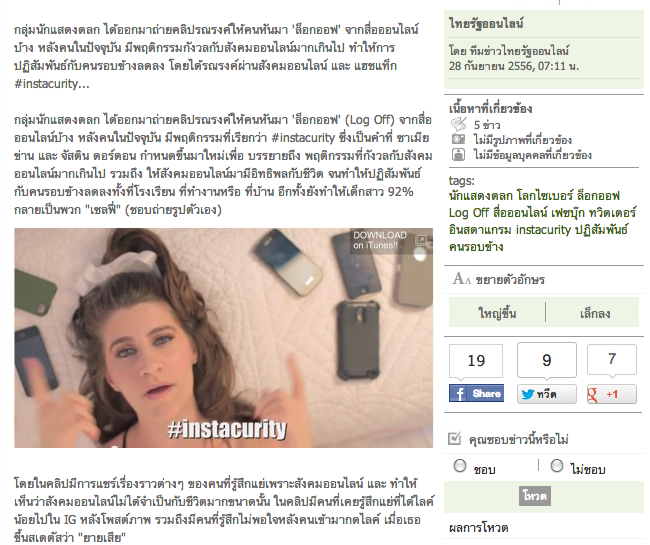 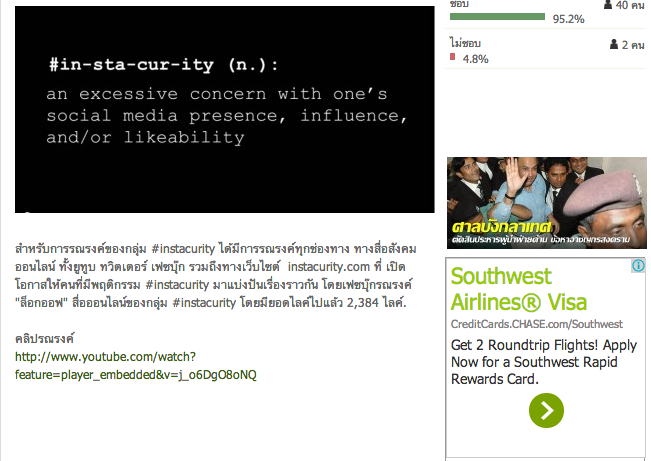 Another international article, another article we can’t quite understand. But! We’re happy either way, because #instacurity it a worldwide movement, and we’re thrilled to see that media everywhere are helping spread the movement. Because well, we’re all (not just English speakers) living our lives to be liked…on the Internet.

Click here to read the article at the source (and translate via Google translate in your Chrome browser.) 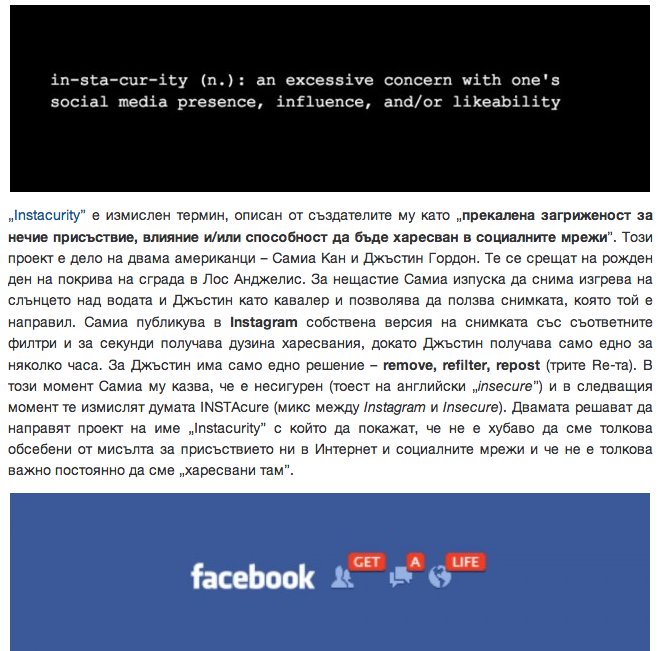 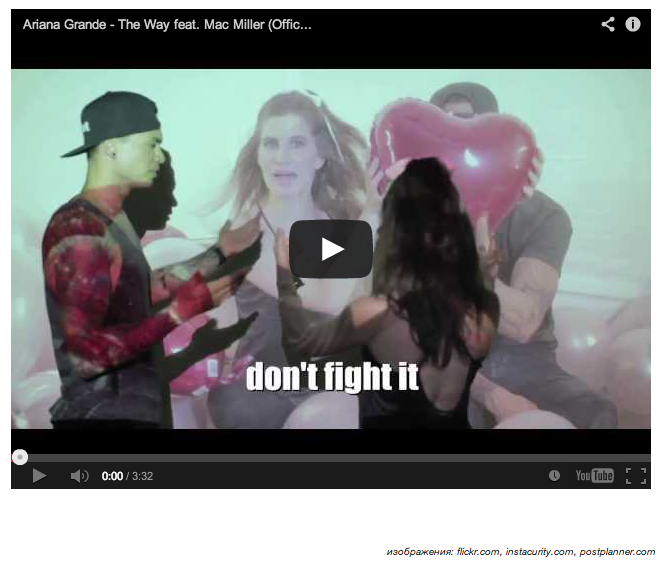